Activist, Aisha Yesufu, has called on actors in the Northern movie industry popularly known as Kannywood to come out and demand that the President acts for the lives of people in the Northern region to matter.

Aisha made the called while reacting to the worsening security condition in the region. 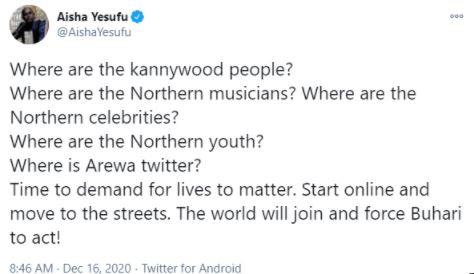