Following the kidnap of about 333 schoolboys from a school in Katsina state, the government has sent some special intelligence officers to comb the forest.

A Twitter user, Mubarak Umar shared the photos and wrote: 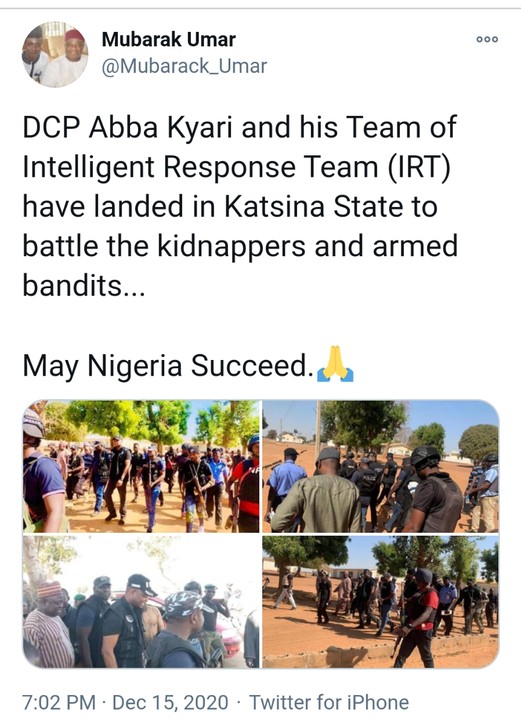