Nigerian Afro-life singer, Fireboy DML, has revealed that he is embarrassed over the video showing his laughable attempt at the legwork dance.

The ‘Jealous’ crooner, whose real name is Adedamola Adefolahan, had simply taken to his official Twitter account to announce the upcoming release of the video for his song, ‘Spell’.

An excited fan replied the tweet with a video of the 24-year-old ‘Vibration’ singer failing at the legwork dance. This caught the YBNL artist’s attention as he quoted the tweet with the words:

“I cannot believe this video is still on the internet. what an embarrassment.” 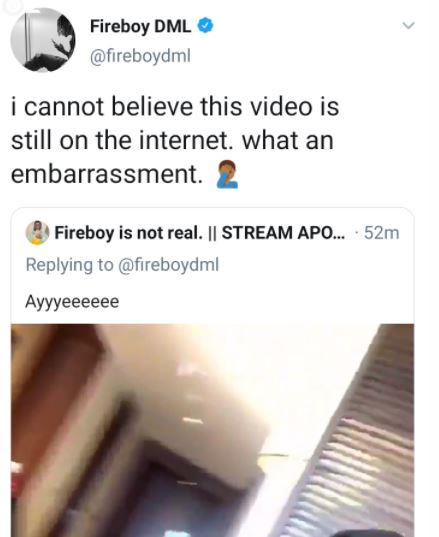