Popular comedian, Craze clown has replied a troll who asked him to keep his lover’s pregnancy a secret before the child dies.

Recall, the comedian recently shared a video of his pregnant wife on Instagram and announced that he’s expecting his first child.

Following the announcement, fans and well wishers took to the comment section of his post to congratulate the father-to-be.

Craze Clown shared another photo of himself and his pregnant wife and a troll asked him to keep the pregnancy a secret so he doesn’t lose his child. 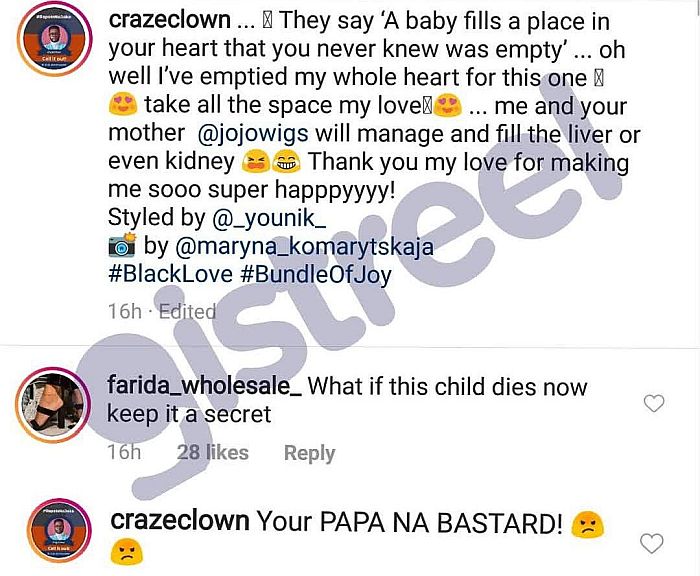