A mother of four who is yet to be identified has been confirmed dead after she was allegedly hit by a stray bullet from men of DELTA HAWK while chasing a driver, Joshua alleged to be a yahoo boy, along Hospital Road, Asaba, Delta State.

We gathered that Joshua who is currently fighting for his life in the hospital, was driving through when he was allegedly waved down and asked to park but he ignored.

“This triggered the police to run after him shooting sporadically into thin air and one of the bullets hit a passerby and she died instantly.

They kept chasing him, riddling his car with bullets and Joshua was hit. He parked and the police officers dragged him out of the car and left him on the road while they whisked away his car,” a source said.

However, Joshua was rushed to the hospital, the deceased deposited at the morgue and irate residents including Advocate Harrison Gwamnishu, have taken to social media using #EndDeltaHawk to call on the Delta State Government to ensure justice is served in the matter. 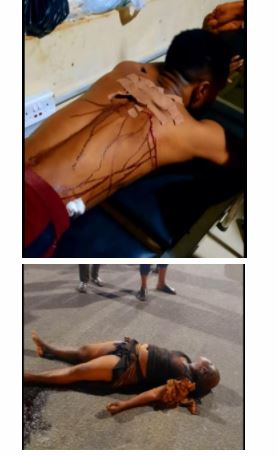