The 40-year-old told his followers that his account was hacked from December 17 to December 22 on Wednesday. 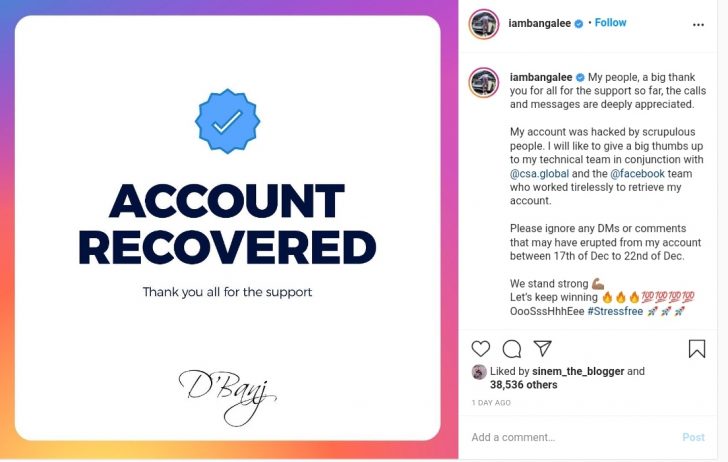 He also told his followers to ignore any direct message they might have received.

Another singer Made Kuti, son of Afrobeat singer Femi Anikulapo-Kuti also announced that his Instagram account had been hacked on December 22.