The Academic Staff Union of Universities (ASUU), University of Lagos (UNILAG) chapter, has sanctioned 240 members for enrolling into the federal government’s Integrated Personnel and Payroll Information System (IPPIS) initiative opposed by the union.

The resolution, which was arrived at during the ASUU-UNILAG congress held on December 29, 2020, was signed by Dele Ashiru, the union’s chairman at the varsity, and Olusegun Samuel, its secretary.

The varsity’s chapter of the union said the sanctioned lecturers can no longer be trusted by ASUU members to hold any position within the institution.

The union added that those sanctioned would also no longer enjoy the support and votes of its members where necessary in the future.

“Hence, they cannot be trusted with any position of responsibilities for which the votes of our members are required now and in the future.

“It is the resolution of Congress that the under listed members shall therefore not enjoy the support and votes of members of ASUU-UNILAG in any election (s) they stand for now or in the future.”

ASUU and the federal government had been at loggerheads over the use of the IPPIS.

The union had rejected the initiative on the ground that it infringes on university autonomy and does not capture the remuneration of staff on sabbatical, external examiners, external assessors, and Earned Academic Allowances (EAA).

ASUU had instead proposed the University Transparency and Accountability Solution (UTAS) for payment. 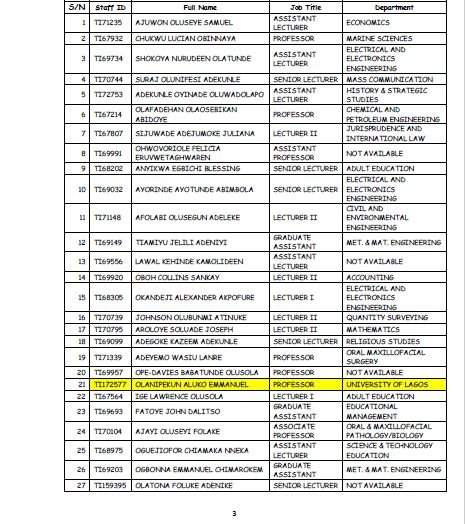 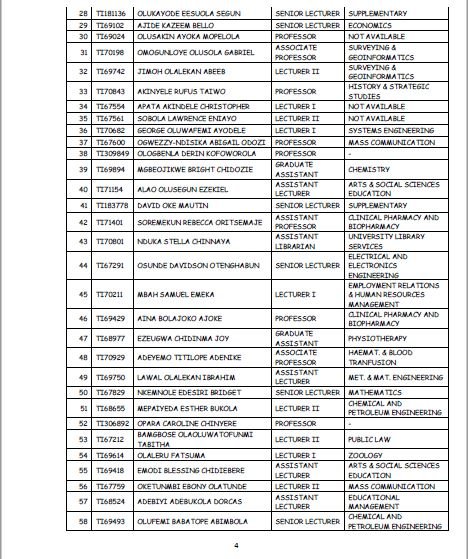 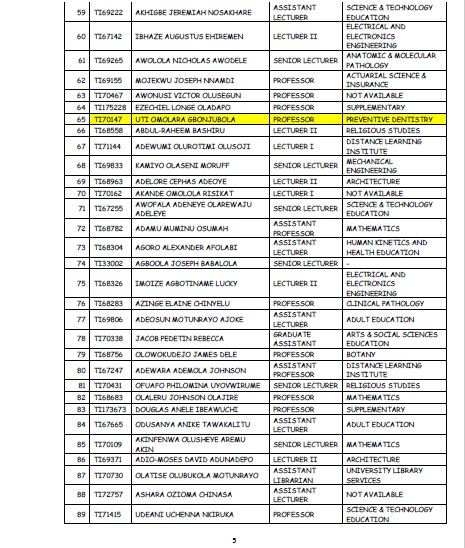 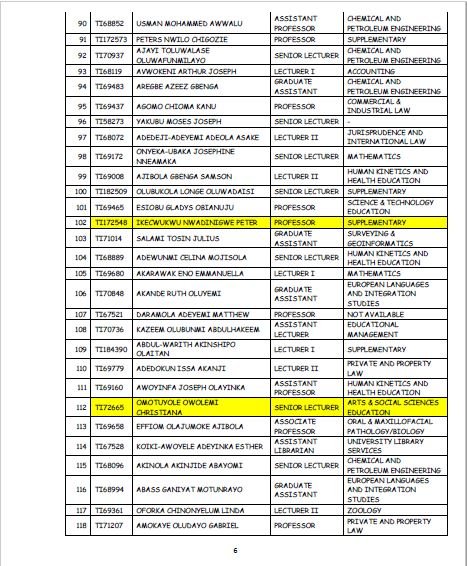