Big Brother Naija star and actress, Erica Nlewedim has been named one of the 100 most influential people in Nigeria.

The reality star was named one of the 100 most influential people in the country, by TOp Charts Nigeria in its December 2020, Volume 01, Issue 01 publication.

Taking to social media, Erica shared the cover page of the publication with her face on it. 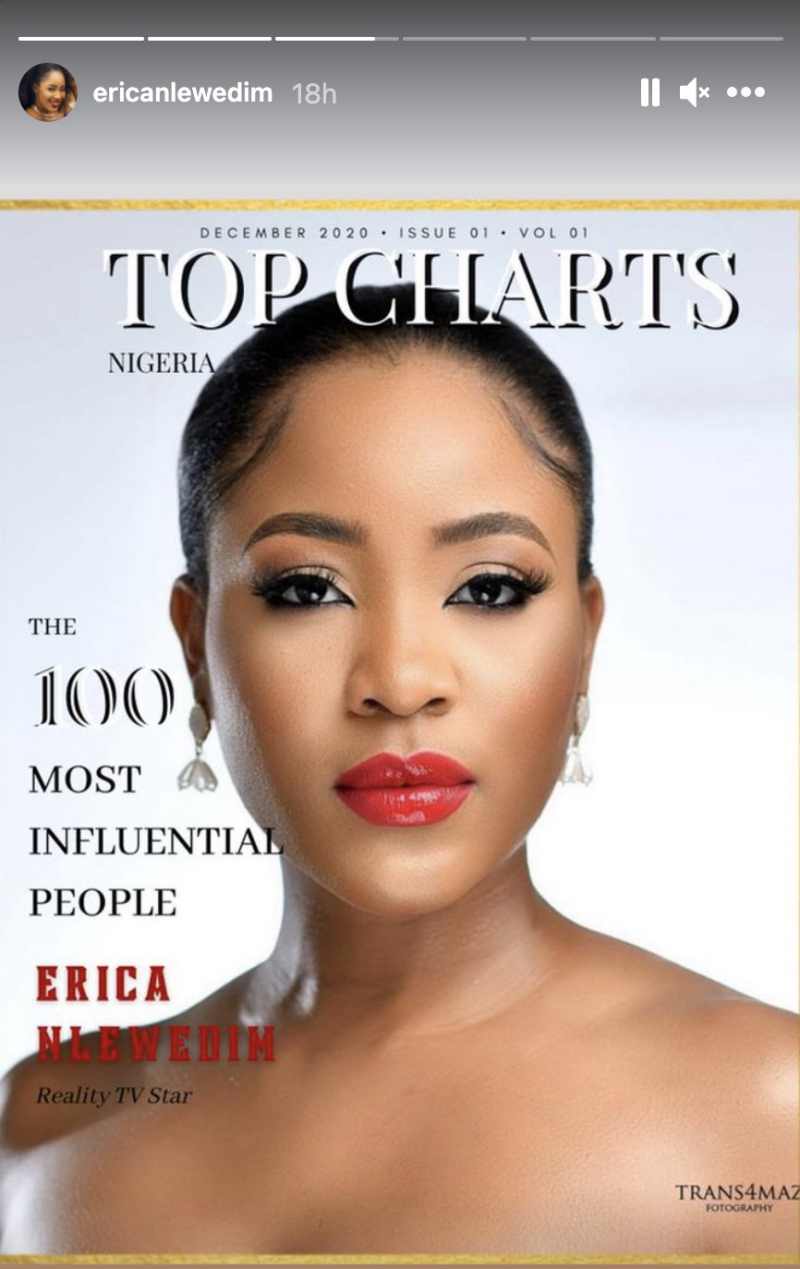 Meanwhile, the acclaimed star girl was recently dubbed the hottest female celebrity of 2020.

The ranking was done by media outlet, Pulse Nigeria and the Big Brother Naija star took to her Instagram story to share.

Sharing a snapshot of the ranking Erica bragged about topping the list of the hottest female celebrity in the entertainment industry.

Erica who shared a part where her name appeared on the ranking wrote, “Top 2 and I’m not number 2”

The post Erica Named One Of 100 Most Influential People In Nigeria appeared first on Naijaloaded | Nigeria’s Most Visited Music & Entertainment Website.