Much-loved musician Simi has also joined the list of celebrities who have reacted to what happened at the Capitol yesterday.

It could be recalled that some supporters of the outgoing United States of America President, Donald Trump stormed the Capitol and destroyed state resources.

In the course of this, at least four people have reportedly lost their lives, and reacting to this, the Nigerian finds it weird that Christians support Trump. 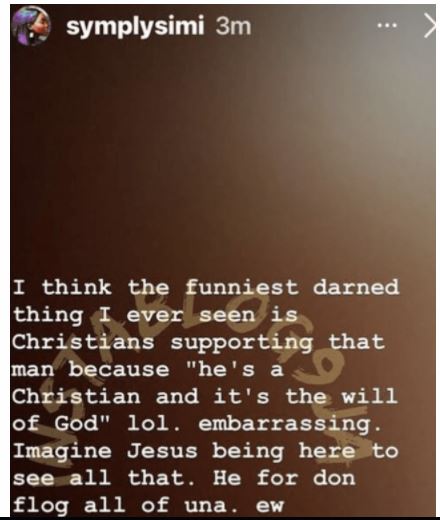