A fashion designer had issued a stern warning to people attacking the reality TV star on Twitter.

Reacting to this, Erica wondered why she was being dragged through the mud.

“I think it’s time to leave social media for you guys”.

This is coming after the reality TV starlet noted that all internet trolls are ugly because of the hatred inside them. 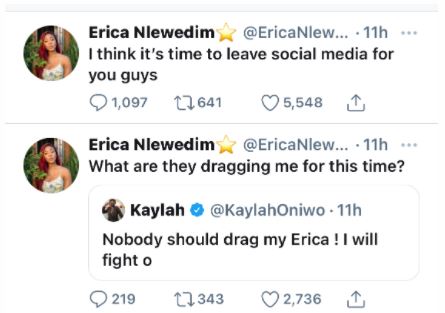