Super Eagles captain, Ahmed Musa, has come under attack from fellow Muslims, over a picture of him and his wife he put up on social media.

In the photo, one of Musa’s wives can be seen kissing him.

However, below the image were comments of disapproval.

“Is very wrong for you to post this as a Muslim, Islam against this thing, u have to go back to islamic school”.

Another by the name Surajo Inuwa Abubakar wrote:

“Pls sir, the star of Super Eagles remove this picture because is your wife”.

Please my mentor this posting is not good for you”. 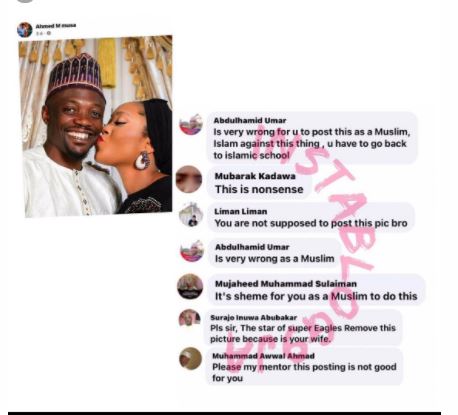