In a Twitter post, Hero Daniels encouraged internet users to let go of the habit of attacking celebrities online over every possible action of theirs.

“Reality Tv stars are human beings. Allow them to be themselves and express themselves. Stop expecting them to become the Idea of who you want them to be,” he wrote. 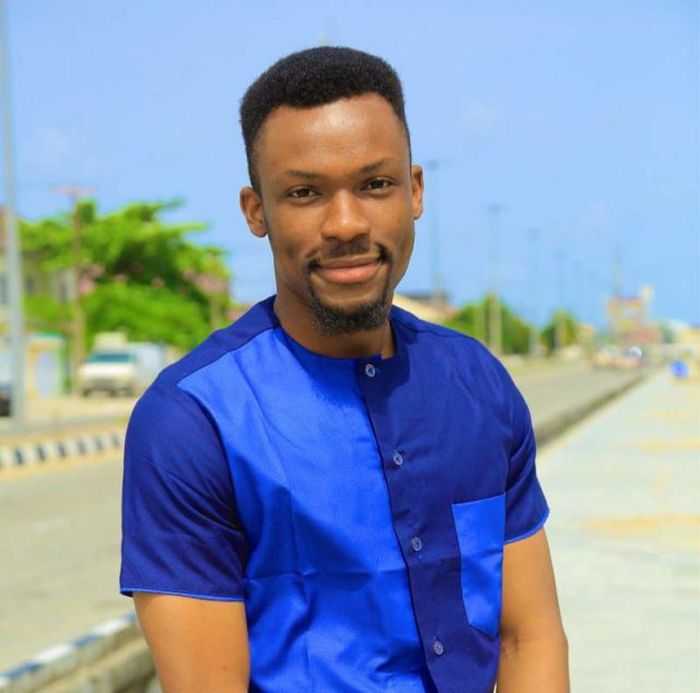 This was however followed by criticism from a fan who pointed out how Hero denied the Titan Queen, Tacha of an interview.

Quoting the fan’s response, Natacha referred to the TV host as a lame hypocrite.

See the exchange below:- 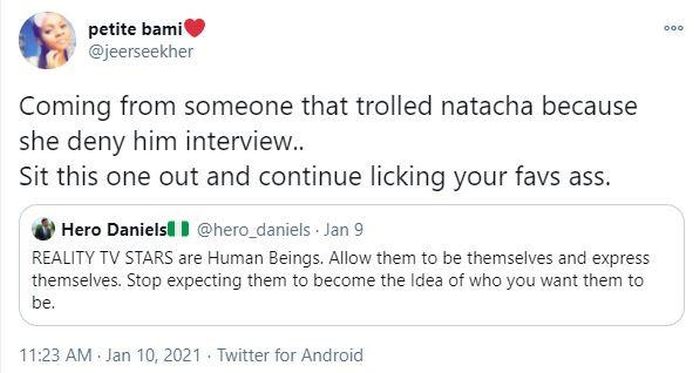